I was holidaying with some of my family near Portiragnes Plage on the southern coast of France, just south of Bezier. It’s quite a rural area and we had already discovered that, away from the campsite anyway, very few people spoke English. And in any event I always think it’s polite to try and speak the local language, even if my language skills are appalling!

I was in a small bar/restaurant, La Gardianne, on the banks of the Canal du Midi, just as it passes under the D37 road. Although there was a main road overhead, it was peaceful and quite. We had only a few cyclists, a couple of horse riders, and the occasional pleasure boat for company. I had been indulging in my favourite pastime, stand up paddleboarding (SUP). I had just had a gentle paddle along the canal in this fabulous corner of France. It was a glorious early summers day, the sun was beating down, and I had been enticed by the thought of a relaxing glass of French wine in the June sunshine. 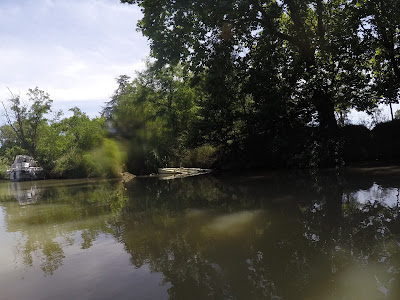 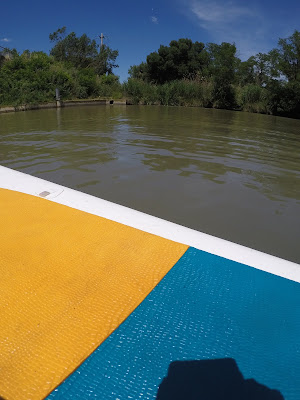 I’m not entirely sure if the bartender understood my request for a glass of white wine, but I certainly couldn’t understand his reply. I had tried to remember my French lessons from Ayr Academy, somewhere in the long time ago, dark mists of time. But to no avail. Actually I don’t think they taught us how to order alcohol in French when we were at school anyway! Some hopelessly incompetent body language on my part later, I was rescued by a gentleman from Toulouse who was cycling with his wife, along the canal path, all the way from Toulouse to the Mediterranean. Fortunately his English was impeccable and he was able and willing to help. 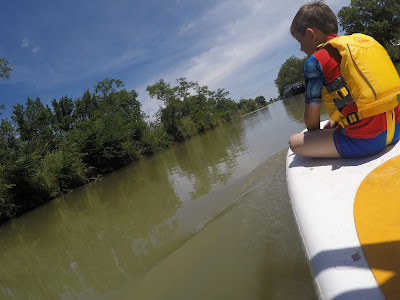 It seems the bartender had understood my request, and he was merely asking me if I wanted a glass or a bottle? As tempting as the bottle sounded, I elected to stick with the glass. I was intending another paddle after my drink. My new friend from Toulouse explained to me that I should have ordered ‘a glass of white’ – ‘un verre de blanc’. Useful information for the future I’m sure, as I do quite enjoy the occasional glass of wine, and where better to do so than in France?

We got chatting and he asked me where I was from. That’s when I remembered some more French! ‘Je Suis Ecossais’ – ‘I am Scottish’. The bartender seemed delighted to hear this. One of the advantages of being Scottish is that we seem to be liked and welcomed throughout the world. I can't quite work out why that is, but it is rather nice. The bartender proceeded to fill four shot glasses to the brim with Rhum. One for himself, one each for the couple from Toulouse and, of course, one for me. The first shot was then quickly followed by another one! I don’t drink so much alcohol these days, certainly not shots, but after my experience earlier in the year in Turin, I could sense a theme developing. Was I forever destined to drink shots and SUP in amazing locations around the world? I can think of worse things to do. But I was planning to get back out onto the canal, so having finished my verre de blanc and after the second Rhum shot, I said my ‘au revoirs’ and returned to the canal for a short paddle before it was time to head back to the campsite. 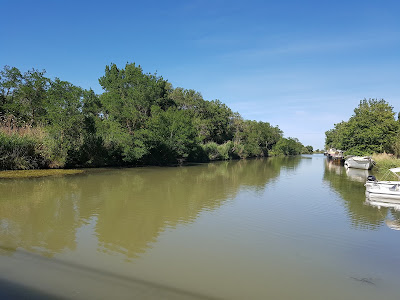 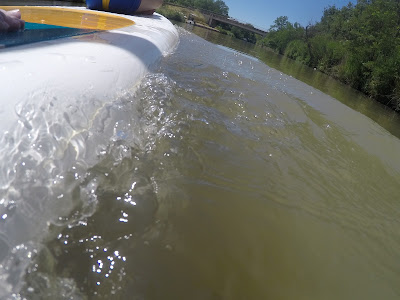 The Canal du Midi, certainly in this area, is a beautiful place to paddle. Very little traffic on the canal. Clean water, blue skies and plenty of greenery on the banks. Sadly, many thousands of trees have been chopped down along in bank of the Canal du Midi in recent years, as the authorities try to fight the spread of a fungal disease which is attacking and killing the trees. I understand that a replanting operation is underway. 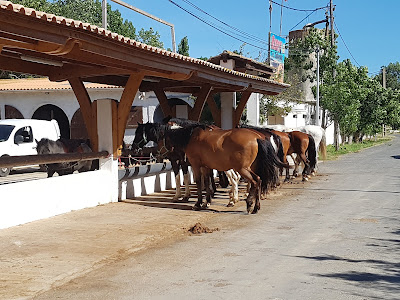 There was easy access to the canal from under the D37, and a very warm welcome from the local bar/restaurant. Well worth a visit if you’re in the area. And if you happen to be Scottish, make sure you let the bartender know!

A UNESCO World Heritage Site, le canal du Midi was the vision of one man, Pierre-Paul Riquet. It was built in the 17th Century and laid the foundations for the Industrial Revolution in France. It runs from Toulouse to the Mediterranean Sea at Sete, a distance of 240km. Together with the Garonne River and the Canal de Garonne it forms a navigable waterway known as the Canal des Duex Mers, The Canal of the Two Seas, which runs all the way from the Atlantic Ocean at Bordeaux to the Mediterranean. There are 65 locks along the way, as the Canal passes through the picturesque towns of Carcassone (which is another World Heritage Site) and Bezier, both of which are well worth a visit in their own right. There is a footpath/cycle path the entire length of the canal. While we were there we took a bike ride to Bezier and back. I enjoyed the bike ride but I think I'd prefer to paddle.

PS The children sat on the board before the wine, not after! 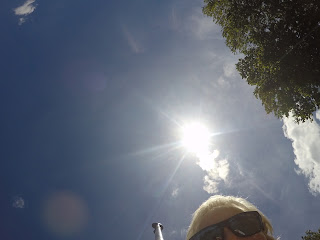 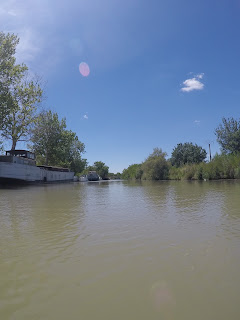 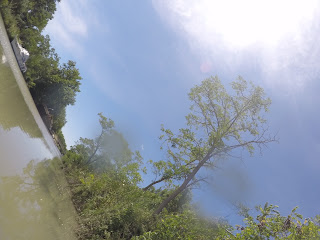 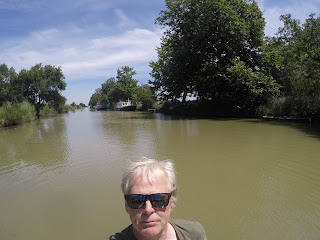 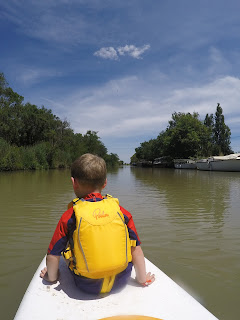 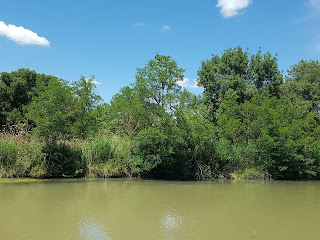