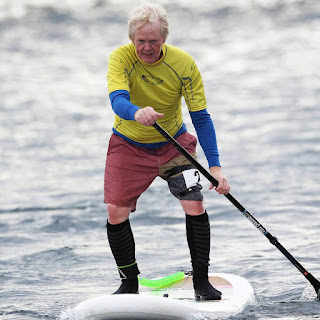 
I've been Stand Up Paddleboarding for three and a half years now, but until recently I've shied away from racing. In fact this was only my second competitive SUP race ever!

I would describe my SUP style as social paddling and exploring new places.  There is nothing I love better than travelling to a new or interesting part of the world, and having a look around on a SUP board. In other words I like to tour not race. If the weather is warm and sunny then so much the better. In fact, for the first couple of years of my SUP life, I was famous for hibernating during the winter months and only reappearing with the advent of spring.

Racing always seemed a bit too much like hard work to me! Especially when it is cold and windy! But it also struck me as a great way to keep fit, as well as improving my paddle technique. So I finally allowed myself to be persuaded to take part in a 4km race a couple of months ago at Bray Lake in Windsor. I wasn't expecting to get a podium position, in fact I was delighted not to finish last. It was hard work, but yes, I have to confess, it was also fun!

So I didn't take quite as much persuasion to enter the first race in the Northern SUP Racing Winter Series, in November 2017. Although, as the day approached, and the weather forecast continued to predict rain and winds of more than 15mph, I began to wonder if I could think up a plausible excuse to pull out! 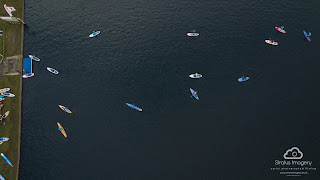 When the day of the race arrived, it looked warm and sunny from my window. But outside it was cold, windy, and it began to rain shortly before the race began. There was a record turn out of 54 paddlers for the various race categories. 54 paddlers bravely facing up to the elements. Some had travelled for more than 2 hours to be there.The worst part of the day was being out on the water, in the cold and rain, waiting for the race to start. I was dressed for racing, not for waiting around. Trying to keep moving to stay warm but without moving so much I tired myself out. I was delighted when we got underway just to keep warm. 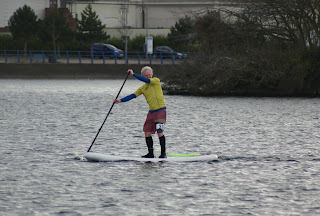 Throughout the race I was involved in my own epic, personal battle with Number 23. We almost collided at the first turn, in fact I'm sure our boards actually touched, and I was aware he was neck and neck with me all the way. I'm sure he actually overtook me briefly at the penultimate turn and it looked as if he had me beaten. I'm not sure where I got the energy from but I did manage to pass him again on the final straight. If you're reading this Number 23 - we had a great race - thank you and well done!

I was delighted to find I had finished 15th out of the 20 males in my category. At least I wasn't 21st! My time was a respectable 32 minutes and 3 seconds, especially respectable considering the conditions, although I was nearly 6 minutes off first place! I don't expect I will ever be the fastest paddler in the world but I enjoyed the challenge of the day. I will certainly do more racing in the future, for the fun and the exercise, if not for the medals!

In addition to the winners medals. there were some incredible raffle prizes on offer. It is well worth entering this event for that reason alone: 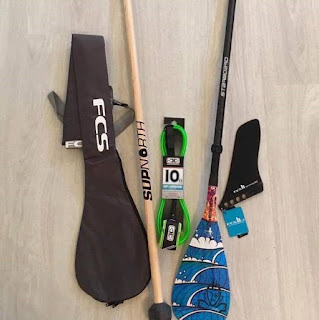 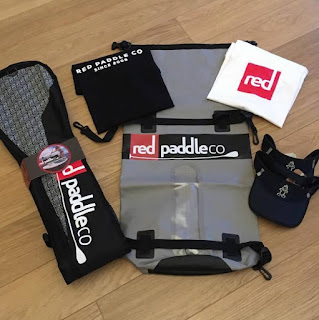 Although Number 21 didn't come up in the raffle, I still had a wonderful day, including a post-race drink in the local pub with a great bunch of fellow paddlers. One of the many things I love about stand up paddleboarding is the friendly and interesting people you get to meet.

No event like this could ever be such a success without the generous support of those who invested their time and resources into making it happen. I would like to particularly thank Lucy and Alan from SUPNORTH for organising such a fantastic day, as well as Paul from Starboard SUP UK who came all the way from Devon to be with us. A word of thanks also to Paul Hargreaves for taking some wonderful photographs and also to Sam from Stratus Imagery Ltd for the amazing drone footage. You can see Paul's photographs here:

and an aerial video from Sam here:

Congratulations to everyone who took part and especially to those who achieved podium positions on the day. The full results are here: 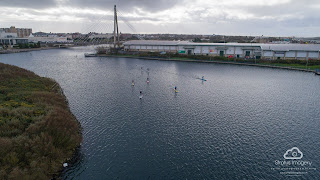 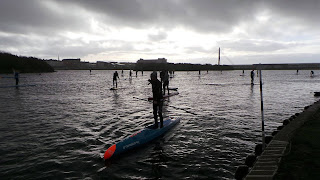 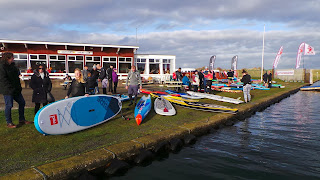